English football club Bradford City A. F. C. were the pioneers of professional association football in the West Riding area of Yorkshire when they formed in 1903, and over the years they created a long and interesting history that includes both successes and failures.

They currently play in League One, the third tier of English football, and the manager of the club is Simon Grayson, who was appointed in February 2018. Besides the official name, Bradford City have also been nicknamed The Bantams, The Paraders and The Citizens over the years. 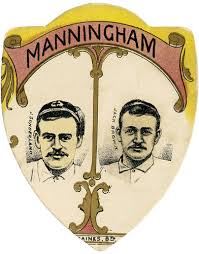 The club was founded in Bradford in an attempt to set a foothold in the area previously dominated by rugby. Manningham Rugby Football Club was the chief sporting club in the city before this point, but they ran into financial problems and were struggling to stay afloat. In an effort to salvage the situation, it was decided that they would change code from rugby to soccer.

Bradford City Association Football Club was thus formed and it took over Manningham’s colours, as well as their Valley Parade stadium, which has been their home ground ever since. Currently, they are the only League club in Great Britain to wear claret and amber.

The newly formed club were elected to the Football League before they even had the chance to play a single senior game. They basically replaced Doncaster Rovers in Division Two, becoming the first club to join the League before going on the pitch and kicking a ball.

After this abrupt start of life, Bradford City embarked on a hard mission: make a name for themselves and gain the affection and loyalty of fans, who had another professional club in the city to cheer for – Bradford Park Avenue.

And they actually managed to score impressive results relatively soon, winning the Division Two title in 1908, gaining a Division 1 place within five years, and snatching the coveted FA Cup in 1911 under manager Peter O’Rourke. This was and still remains their best result in the highest domestic league.

Unfortunately, the club was on a roll for a short period, as in 1921-22 they were relegated from Division One and ended five consecutive seasons in the bottom half of the table. They later suffered another relegation to Division Three, and in the decades that followed, they went through many ups and downs, breaking some club records during the 1928-29 season, when they returned to Second Division, but going back to Division Three after just eight seasons. Then, they remained in the lower tiers of the league system until 1985.

The year 1985 was a dark one in the club’s history, as it was marked by a tragic event: a fire engulfed a part of the Valley Parade stadium and 56 supporters lost their lives in the blaze. Bradford City were forced to play games away from their home stadium for 19 months.

In more recent history, the fourth-tier club managed to reach the Football League Cup in January 2013, an impressive feat to say the least, and also became the first fourth-tier team ever to reach a major Wembley Cup Final.