When a city has two equally popular football clubs, the love, appreciation and loyalty of fans kind of divides between the two. This is what happens in Bradford, West Yorkshire, where there are two important clubs: Bradford City A.F.C. and Bradford Park Avenue.

And while some fans might love and support both teams equally, we cannot deny that there are many more who support one or the other and their rivalry is as fierce as the rivalry between their favourite clubs.

When these two prominent football teams in Bradford meet for a fixture, we have what is called the Bradford derby, also known as the “Wool City Derby” due to Bradford’s involvement in the UK’s wool industry over the years.

Bradford City A.F.C. and Bradford Park Avenue are the only two teams from the city that have played professional league football, and the Bradford derby was last played on the 8th of July 2017. 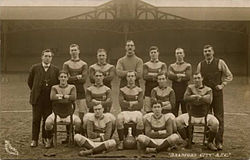 Bradford City A.F.C. was founded in 1903 and currently plays in League One, the third tier of English football. They play their home games at Valley Parade stadium and the club’s current manager is Simon Grayson, who was appointed in February 2018. The team is also involved in the West Yorkshire derby, where City faces local rivals Huddersfield Town and Leeds United. 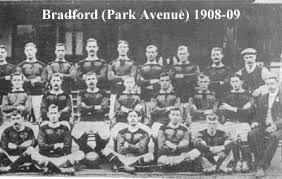 On the other hand, the original Bradford Park Avenue club was founded in 1863 under the name Bradford Football Club and was playing rugby football. The transition to Association football was made in 1907 and the club was elected to the Second Division. The original club was dissolved in 1974 and a new one was formed and started at the very bottom, in the thirteenth tier of the football system at that point – Division Three of the West Riding County Amateur League.

As for the beginnings of the rivalry between the two Bradford teams, it used to manifest itself across all the English Football League tiers, but these days it only consists of a friendly game, due to the fact that Bradford Park Avenue went into liquidation in 1974. Since then, the two Bradford teams have never played against each other in a competitive match.

After Park Avenue’s liquidation, a new entity was formed in 1987 which is currently playing in the National League North, the sixth tier of English football.

Talking about the beginnings of the Bradford derby, the very first competitive league match between the two was played on 23th of October 1914 at Valley Parade. It was won by Bradford City with a 3-2 score, while the reverse fixture turned the tables in Park Avenue’s favour, as they managed a 3-0 victory.

As mentioned earlier, nowadays, the two clubs only meet in friendly matches, which usually take place before the start of a new season, and the winners take home the Tom Banks Memorial Trophy.

Last year, the pre-season encounter took place on July 8th at Avenue’s Horsfall Stadium and the home side managed to snatch the trophy from their rivals, which is an impressive feat, to say the least, considering they are now playing at the much lower level.

Avenue players Nicky Clee, Nicky Wroe and Adam Boyes scored for their team in the first half of the match, which decided the 3-0 success for the hosts. Bradford Park Avenue haven’t won the derby since 2012 when they defeated Bradford City 3-1.